For about a year I have been in charge of the design of the Downstate Young Democrats, meaning the 5 boroughs of the Greater New York Metropolitan area (minus the Bronx because they don't yet have a chapter). One of my projects involved creating an overarching interface which would not only represent the individual county but also indicate that it was part of the greater Young Democrats organization in the city.

These screens are the first two sites that have been created, for Staten Island and Queens County. Staten Island came on board earliest, and the design convinced Queens that they too wanted a new site. The sites are intended to draw in newcomers, and keep members in the community up to date on Young Democrat events. Some dynamic features which allow members can update include a blogroll on the front page, the carousel for ongoing updates, and a gallery for images members can upload to via Flickr. 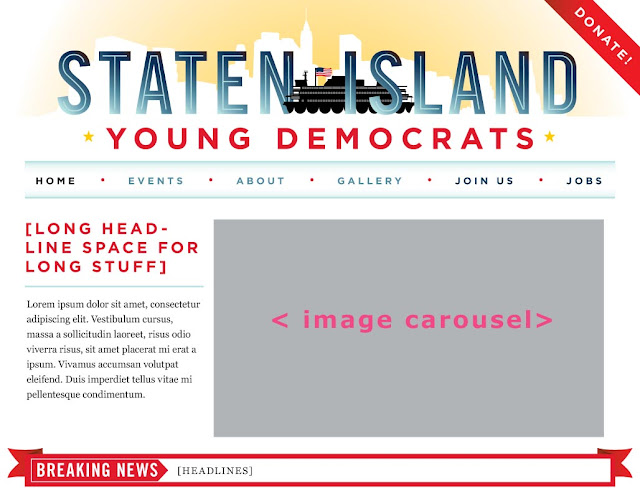 Although not yet implemented, this is a taste of how the Staten Island and Queens County  Young Democrats sites will look when finished. While each county retains individuality via an iconic representations of  the county, they will also maintain unification as the Young Democrats brand through the aesthetic implementation of typography, color, graphic elements, though implemented in subtly different ways. 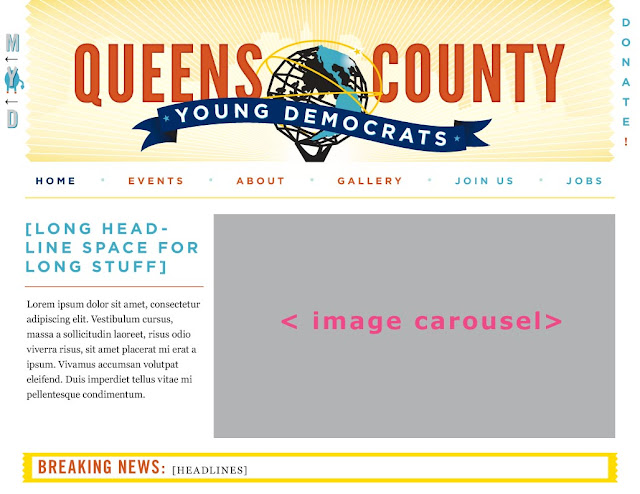 These are samples of the each tab for Queens: 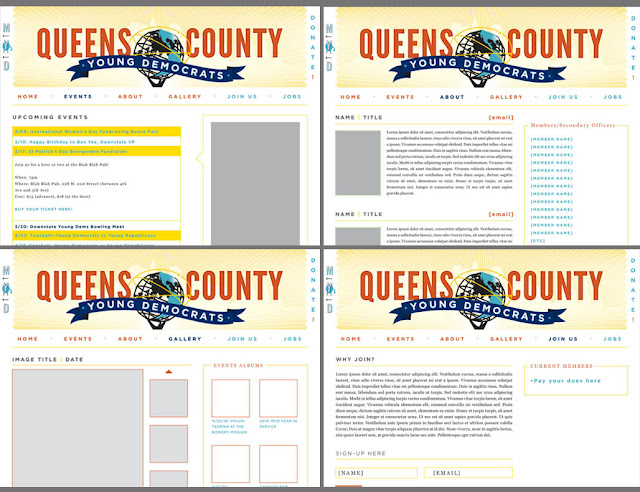 Add comment
Load more...
Older Post Home
Subscribe to: Post Comments (Atom)
Welcome to the Project Space. I started this as an informal space to post ideas, processes and projects done at UC Berkeley's School of Information where I am a first year grad student.

I have a long standing love of books, art, design and the interactions between technology, culture and society. I want to strengthen my visual design, user research and front-end development skills to develop work that align such interests with new ones I have discovered in school, particularly issues of information access and privacy.
Other work I do can be viewed here.